Speaking the truth from Hiroshima

A Japanese filmmaker's journey─Masaaki Tanabe's house stood next door to what is now the A-Bomb Dome, a World Heritage Site. When he turned 60, he decided to devote the rest of his life to convey the truth of the A-bomb to a wider public, and his film was shown at UN Headquarters in New York. His cutting-edge digital images and stories recreate the lost community and culture of Hiroshima. 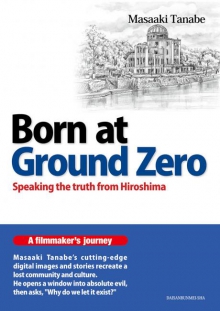 ［About the Author］
Masaaki Tanabe was born in Hiroshima, Japan in 1937. On graduating from the Department of Cinema in the College of Art of Nihon University, he joined the Chugoku Shimbun, a daily newspaper based in Hiroshima. In 1975, he established a company called “Knack Images Production Center.” In 1997, he launched a project to recreate the hypocenter area using computer graphics. In 2007, he showed his film “Ground Zero—Documents of Hiroshima” at the United Nations Headquarters in New York. In April 2015, he also showed his latest film at UN Headquarters holding the 2015 Review Conference of the Parties to the Treaty on the Non-Proliferation of Nuclear Weapons (NPT) . In October 2010, he visited Egypt and Kuwait as a Japanese government “special communicator for a world without nuclear weapons.” He received the Hiroshima Citizens Award in 2007 and the Hiroshima Culture Prize in 2008. 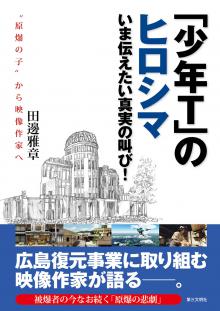